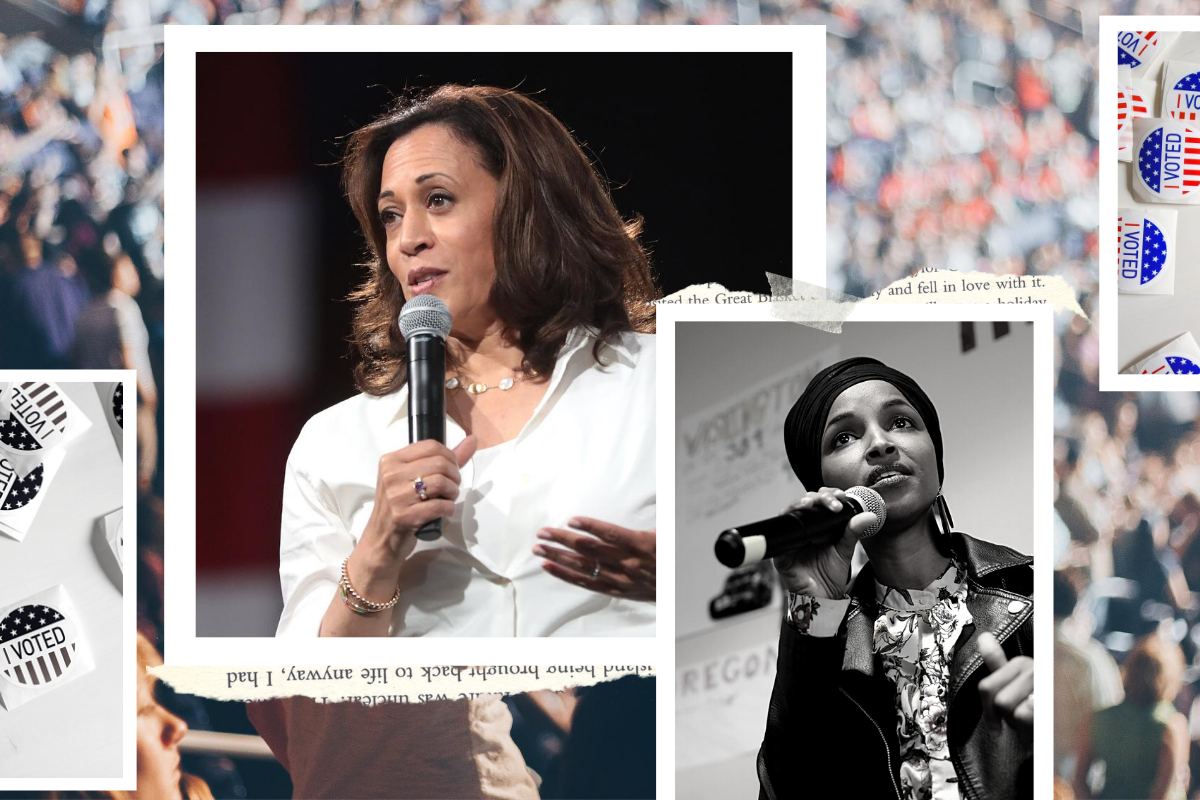 Whether women are motivated to mobilize because of the current state of politics or the multiple issues facing America, they are running for political offices in record-breaking numbers. Before the 2020 presidential primaries, only five women in the history of the United States were on a primary debate stage representing a major party. This year, six women ran for president under the Democratic Party. Although the female candidates didn’t gain the same support as their male opponents, they have normalized and encouraged women to enter into politics.

Out of the six women running for president, Sen. Kamala Harris (D-Calif.) was chosen as the vice presidential running mate for Joe Biden. If elected, Harris would be the first female vice president and notably the first of Black and Asian American descent. At the age of 55, Harris will be the third woman to appear on a major party ticket for vice president. Female vice presidential candidates are more likely to be questioned about their personal life, attire, and appearance than male candidates. Harris recently took to Twitter and called for more diversity and gender equality in political positions.

In addition to Harris, the other five female candidates who ran for President, make history as 127 women now hold seats in Congress. The women serving in Congress also helped to create the most diverse House and Senate in history, with 48 women of color holding seats. Of the 127 women in Congress, 105 are Democrats, and 22 are Republicans. Why is female representation in politics on the rise and what causes so many women to run as Democrats?

The answers trace back to the 2016 presidential election that left many women motivated by their dissatisfaction with the outcome. With a new presidential election just months away, President Donald Trump’s approval rating among women fell to 32%. One reason many women don’t support President Trump is because of his policy agenda and legislation involving ideological beliefs. Over 50% of women consider themselves to be Democrats, which may stem from their fundamental beliefs in a woman’s right to choose or their desire for better access to healthcare, education, and equality for all.

Although former Democratic presidential nominee Hillary Clinton wasn’t a fan favorite among some Democrats, her race in the 2016 election solidified a woman’s ability to run for President. Many women ran for President before Clinton, but none were a major party nominee. For the first time in the U.S., a female candidate won by almost 3 million votes. In the end, Clinton lost the electoral college to Trump, but her race encouraged many women to get involved in politics.

The motivation continues as young women witness figures like Rep. Alexandria Ocasio-Cortez (AOC) call out the misogyny that still exists in politics. Serving as the youngest congressional member at 30-years-old, AOC is the first Hispanic woman to represent New York’s fourteenth district. Additionally, on Tuesday, August 11, 2020, Rep. Ilhan Omar of Minnesota fended off a primary challenger to keep her position as a House Democrat. Omar made history in 2018 when she became the first Somali-American to be elected to Congress, as well as the first naturalized citizen of African birth.

In 2020, women are still disproportionately underrepresented in American politics, with only 23.7% of women holding seats in Congress. Women hold 28.9% of statewide elective executive offices around the country, and currently, only nine women serve as the governor in their states. This year’s historic victories for female candidates could change the demographics of politics. Although there is still a major shift needed to reach gender equality in politics, women are proving they deserve a seat in government positions.

Only time will tell, but 2020 could be similar to 2016 and cause more women to campaign and run for political office. The young generation of women who will vote for their first presidential election in November are witnessing a historic moment of female participation. No matter the outcome of elections, women continue battling to win political seats and represent their constituents proudly.

How Industry Insiders Tailored Fashion Week to Thrive in the...

The Best In Beauty and Style This Week: Summer to Fall...

7 Healthy and Delicious Meals to Make During Quarantine

The Best in Beauty and Style This Week: Rosefield, Dolce Vita,...

Water with a Heart: Empowering Women with Everybody Water