Most people can describe in detail their “aha moment” of finally discovering what it is they want to pursue in life. Sometimes a simple moment from their childhood is the exact instruction or motivation they need to take on the world. Annette and Phoebe Stephens are on a nostalgic journey—following in the creative and stylish footsteps of their father and grandmother—Annette and Phoebe launched Anndra Neen, an haute accessory line in April 2009. Their collection has become a serious game-changer for heirloom jewelry and wearable-tech.

After traveling to Japan in 2009, Annette and Phoebe were inspired by the country’s sensibility and storytelling in style and culture. They immediately began fulfilling their artistic calling in jewelry design after this trip. “It chose us. It happened so organically. We knew we wanted to do creative work and be in fashion,” Annette said. Once they returned home to Mexico City, Mexico, the sisters connected with local artisans who shared their vision of designing organically.

Anndra Neen is a culturally diverse brand. The sisters draw inspiration from their artistic upbringing as well as their interpretations of “antique European jewelry, ancient Egyptian motifs, Japanese design elements, and Bauhaus graphics.” This has allowed the accessory purveyors to grow a global retail clientele. “We love the fact that our brand transcends to different places. We don’t design with a narrow client in mind. She can be from anywhere,” Annette explains.

Anndra Neen’s venture in wearable-tech has grabbed the attention of notable magazines. Their collection has been featured in awe-inspiring publications such as Harper’s Bazaar, Vogue, W, and Porter—a hefty accomplishment for their seven-year journey. “To have that validation and transform it into a little something—you’re not on an island anymore it is out there in the world,” Phoebe said.

The line has an array of pieces for the modern woman. Annette is currently loving Anndra Neen’s statement earrings. While Phoebe has her eyes on the Sofiko Cylinder Bag. “The stones that we used were fun. It’s great when you do something and have fun,” Phoebe said. The Stephens sisters said their first collection was “very raw and honest” and labeled it as the most memorable designs and collection they have done. They aimed for twenty pieces in their first collection, but completed the set with roughly fifty unique and handcrafted “modern heirlooms.”

Their adoration for art and jewelry design effortlessly slips into every sentence. They spent their adolescent years admiring the works of their father, a painter and their grandmother, an artist of many titles. Their grandmother Annette Nancarrow, was a painter, sculptor, and jewelry designer. Her work was collected by the likes of Frida Kahlo, Peggy Guggenheim, Anaïs Nin, and Elizabeth Arden. “We experienced the world visually [as children]. It helped a lot when wanting to create together,” Annette said. Although their father painted as a hobby, the sisters pull their entrepreneurial spirit from their grandmother. “Every generation is an improvement from the other. It only made sense to evolve and do the next thing,” Annette said.

The Stephens sisters are close; sisters first and business partners second. Anndra Neen is a derivative of their first and middle names together. They each came into the business with different skills, but with common inspirations and visions. Annette studied acting and worked in the theater industry before teaming up with her sister. Her expertise and style revolve around visual creativity. Phoebe, on the other hand, was a fashion specialist before launching Anndra Neen. She says that everything she did before their brand has helped her in the business. “I tried all kind of things. I studied literature because I liked it. I feel that time was preparing me for Anndra Neen even though I did not know it. It’s kind of like you never cooked but you’ve been observing the cooking around you and you know how to do it when the time comes,” Phoebe said.

Annette and Phoebe share that they love to laugh and make fun of each other; it makes for a great creative environment. While Annette says that Coco Chanel is her style icon, Phoebe looks to her grandmother and other women who dare to be different for inspiration. They also take notes from each other. “She has taught me everything I know about fashion and style. She has an amazing vision and big concept,” Annette said of her sister. Phoebe looks to her for “super strong design” ideas and admires her “wild soul.” “I can tell her anything. She is a mirror; I can see my good and bad self,” Phoebe said.

The Stephens sisters are looking forward to a redesign of Anndra Neen’s website, but they are most excited to dive into different areas—opening a boutique, crafting more fine jewelry, and possibly designing home décor. “When we come to ten years we want to be a lifestyle brand and not feel limited by one thing,” Phoebe explains. Annette and Phoebe are on the brink of discovering how influential their handcrafted designs can be. Their designs are minimalistic and modern—funky yet elegant. We’re excited to see how Anndra Neen evolves into a household name for those who view modern jewelry as art, tradition, and something to be passed down to the next generation.

For now let’s admire their artistic adventures on social media. 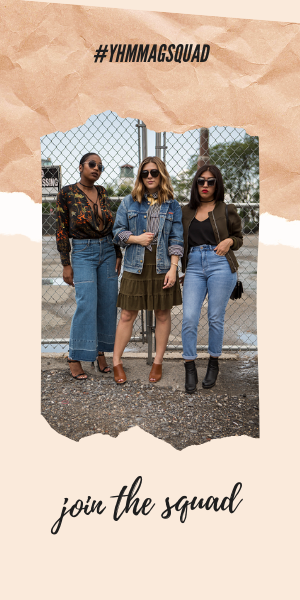