Marjuan Canady, actress, playwright, and producer  has a lot to be proud of. She has not one, but two play credits to her name, one of which, titled Girls! Girls? Girls. is performed by Marjuan—and only Marjuan. Her second play, Callaloo: A Jazz Folktale, debuted this January to wonderful reviews.

The rising talent took time to speak with YHM about her theater history, the importance of identity and history, as well as gender issues. If anything can be taken away from this insightful young woman, it’s this: love who you are and where you come from, because it’s what makes you, you.

YHM: When did you first become interested in acting?

MC: I started performing when I was really little. My interest came from my mom, who took me to performances at the D.C. Kennedy Center, and I became really interested in the arts. I went to Duke Ellington School of the Arts in D.C. for four years studying musical theatre, where I learned not just how to dance, sing and act, but to be more critical about performance and my place in the world as an artist.

It’s a lot for a 14-year-old to deal with—your identity, why you’re important to your community. After that, I went to graduate school at New York University and studied Art and Public Policy.

YHM: Did you ever feel pressured to pursue a more “traditional” career?

MC: I have had a lot of support, but my family is in the sciences. I have had to battle with them a little bit because they are more traditional, but they are very supportive of what I want to do.

YHM: How do you handle the pressure to become another “Christina Aguilera” type pop figure?

MC: I see positive women around me who are doing great things, like my mom and people that came before me, and that’s the thing that keeps me motivated to keep going. It’s also the reason I like to give back to young people, and especially girls, because to me it’s all about what you can give to other people.

I get more excitement when I can talk to young girls about beauty and self-esteem—because a lot of people don’t even ask them about those things.

YHM: What is your ultimate goal with these plays and your work?

MC: To really strengthen the conversation about women in the media, specifically women of color in the media, and how we all get sucked into this system where it affects our day-to-day lives. A character from Girls! Girls? Girls., 40 Ounce, is this misogynistic man, the epitome of a black rapper, whose point is to show the power of media.

He gets the biggest reaction–people either find it hilarious, or are really bothered by it. I use comedy to poke fun at our society—it’s easier to digest. Younger people don’t make the connection between the media and how we are influenced by it.

YHM: Do you have any advice for girls looking to accomplish feats like yours while staying true to themselves?

MC: Be excellent at your craft so no one can say “you can’t do it”, because you know you can. Be bold, courageous, and tell your story.  Think about the women that came before you. You have a lot of women to support you, so let them lead you.

Marjuan Canady will be bringing her one woman show Girls! Girls? Girls. on tour! Stay up to date with this positive role model by visiting her website! 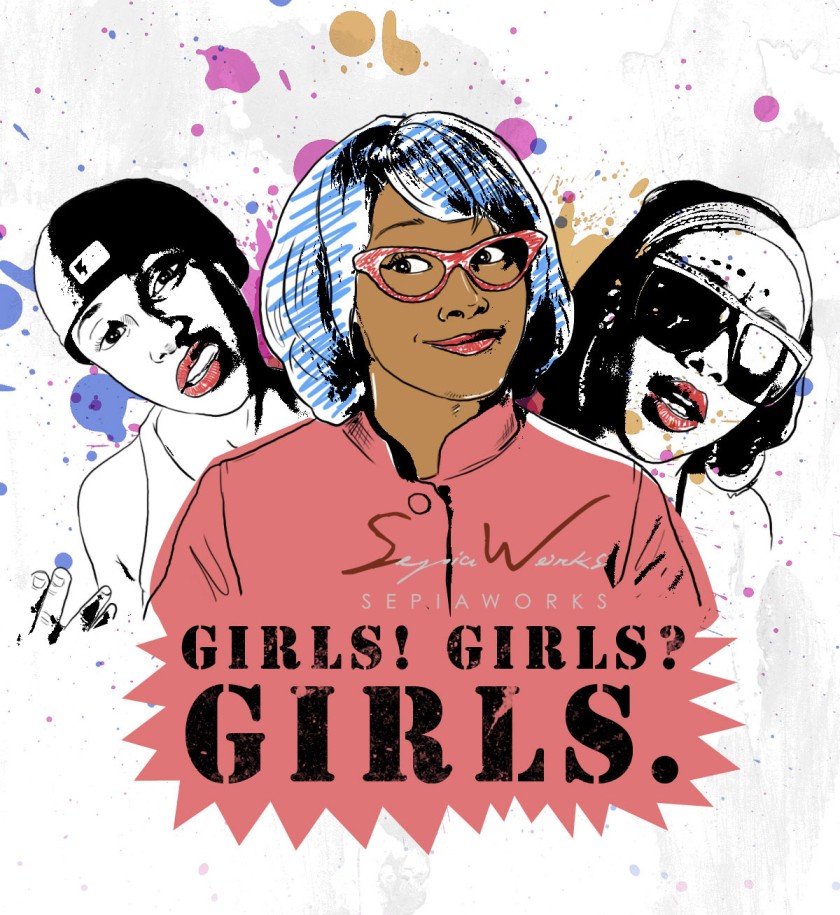 NYFW has come to an end & we're typing away at the office and eyeing these pretty office plants that we should get from @thesill 🌱
@RebeccaMinkoff Spring/Summer 2020 collection is a colorful celebration of womanhood at work, life, and play. Read the story now. #linkinbio 📸 Ryan Kobane/BEA.com
Get cozy with @mayanthelabel AW20 collection. Mayan’s collection, “Faded” reintroduced modest wear with a couture elevated look. #nyfw
It was a pleasure seeing the AW20 collection from the India-based, ready to wear label Manishii. Their upcoming collection “Pre Occupied”features handwoven embroidered fabrics to vegan leather puffers. #nyfw
We're keeping things low key for New York Fashion Week this season. Here's one of our favorite collections so far. AW20 for @hktdcfashionhk
Happy New Year and cheers to you; you incredibly talented, inspirational, and empowering soul. It's time to make your mark on the world...we look forward to the year (and decade) ahead of sharing new stories about the amazing people we know, and want to know! #happynewyear